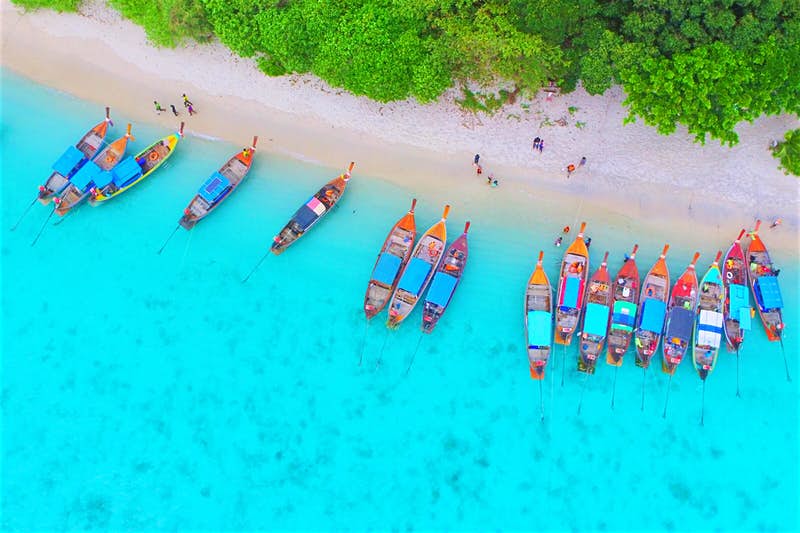 Sometimes, a trip to Thailand is all you need to get a fresh perspective on how to make people feel like celebrities.

When I was 22, I was on a mission to convince a friend, really could have been any friend, to join me in quitting work, selling everything, and traveling the world indefinitely. I had never left the country before, other than to do some charity work in Mexico a couple times, but I was obsessed with the idea of exploring unfamiliar territories around the globe. Anytime I would hear about someone’s vacation in London or honeymoon in Paris or work trip in Hong Kong, I would be utterly fascinated with the fact that in one moment you could be here, and another you could be there. Effectively traveling to another realm in a matter of hours in this sort of air vessel. Still blows my mind to this day. And the obsession never stopped.

Now, I never did end up convincing that friend nor did I ever end up couch-surfing around the world as intended. I romanticized about this plan to work in kitchens as a dishwasher in Spain or assist in a hostel in Amsterdam…anything to make ends meet and ultimately create a lifelong experience. That was the strategy at that age. A dream of sorts. To figure out a way to get by and just enjoy the journey of exploration. Instead, the first opportunity I had to depart US soil and embrace a foreign culture wasn’t until 3 months after my 25th birthday.

I was working a shit job in Long Beach for a software company at the time. One that got their productivity down to a science. They’d recruit Type A personalities with impressive resumes, usually the buttoned up A plus kids out of IV league schools (yes, not me), then barate the hell out of them. Why? Well….what happens when you tell someone with a Type A personality they’re not good enough? They will constantly work harder to try and achieve your approval…which of course they’ll never get…and round and around we go. It’s a sort of evil genius tactic…and it worked on most eager, green, and hungry post-grad students – but again…not me. I quickly realized the toxic culture I was in and spent my days fixated on finding a way out; reading self-starting books, motivational essays, and…researching life abroad more than ever.

And while I wish I had a story that involved me quitting my job in front of the bull-pin and catching the first one-way flight out of LA to my new life, I was too much of a pussy to follow through. Or maybe just responsible. I don’t know….I still can’t tell. However, what ended up happening was cathartic and revelatory in its own right. It happened…on a Friday.

I was called into the boss’s office as he puffed me up, blew smoke, and patted me on the back for how different I was compared to my peers. Now this happened every few months or so when he’d attempt to promote me, at which point I would always decline, after the discussion of compensation inevitably was brought up by me and he would (as always) explain it did not include a bump in pay. He’d say:

{Old man voice: “Jay, you’ve never done this job before. We’ll see how good you are at it, and once you prove yourself, then we can talk.”}

My response was always the same:

{Jay: “I’ve already proven myself. That’s why I’m in your office.”}

This particular meeting was handled a little differently. This was my 3rd time declining the leadership slot and the boss was at a point of serious frustration. He went on to tell me that if I did not accept this position, if I didn’t step up, then my days would be numbered. Need a day off? Not gonna happen. Need to leave early for a dentist appointment? Forget about it. Yes, this was the sort of place I chose to exchange my time…for their money. Hindsight is always 20/20. And if you’re in this position today. Get. The fuck. Out.

I asked if I could think about it and get back to him at the end of the day. Well, as luck would have it, I randomly received a phone call from my sister that day on my lunch break. She told me that an old high school friend was getting married and asked me if I wanted to be her Plus 1.

Returning back to my fluorescently-lit, poorly-carpeted, sad excuse for a workplace…I thought of a plan. I marched my way back into the boss’s office with a proposition.

And so I did. And in just a few weeks, I’d be on my way to Southeast Asia.

On Monday morning, I was called back into the boss’s office.

It took a few days to get my thoughts in order. I made a few phone calls, and eventually landed back in his office again on Thursday morning.

Choosing the latter, I packed my things and was off to see a new world in more ways than one.

Side note: That family vacation ended up being the last one with my grandma. Sometimes priorities have a way of becoming crystal clear through certain moments.

On June 9th 2011, I fell asleep in LA and woke up in Tokyo. I can vividly recall stepping off the airplane, walking into the airport, and already examining a different way of life. A norm of sorts, but not to me. I particularly enjoyed the Duty Free stores allowing customers to taste the spirits that were for sale; a customary practice for several countries I would later learn in life. I loaded up on my fair share of Japanese whiskey and then carried on to Bangkok.

When we arrived, we were greeted by our Thai friends who helped load up our bags and drive us to our hotel. The roads, the cars, the language, the shops…even at midnight pierced through everything I’ve ever been used to. Unlike anything I’d ever experienced. And in this moment, I was in a new world.

The day before the wedding, the family had chartered a yacht as a pre-ceremony activity. We left the hotel and approached the dock where we were about to embark on a cruise along the Gulf of Thailand. There was a small hut of a convenience store near the boat where a few of us grabbed water and looked around at the tourist-like souvenirs. My friend, Jerry, asked the clerk behind the counter if they had cigarettes. The Thai man didn’t speak English and tried to understand what Jerry was asking for. After a bit of hand motions, he understood, but apologized for not carrying them at which point he put his two palms together, making praying hands with a slight bow, a native gesture for ‘thank you’.

We continued onto the boat, being greeted with fruit smoothies, a full bar, platters of food, and a staff of 3…. personable, and eager to cater to each one of us. As we left the dock, cranked up the music, and were served our first cocktail, it was a surreal experience. I immediately thought back to my desire to couch-surf the globe and get a taste of world travel. It was incredible.

About 10 minutes after departing, we heard a loud speedboat come alongside us, waving to grab our attention. Having never visited a third world country before, my instant thought was they were trying to sell something. A couple people on the boat got scared and thought maybe something dangerous was about to happen since we looked like we had means on this extravagant boat. As they got closer, we saw the person waving was smiling from ear to ear. He had something in his right hand that I couldn’t quite make out. Finally, as the two boats came to a stop, I got a clear look at the man waving. He looked familiar. It was the clerk at the dock. I looked in his right hand to see what it was he was holding; the cigarettes.

Over the next few days, I experienced acts of service and hospitality unlike I have ever experienced in the states. Proactively serving coffee upon waking up, catering to us with cold towels when arriving back at the house, always offering rides into town or to the beach, delivering snacks at the pool without asking, and in my case….the highlight of the trip…Being given the chance to receive a traditional Thai tattoo from a Buddhist monk in a holy house. Yes, the kind they hammer into your skin manually rather than with a tattoo gun. Talk about a major bucket list item crossed off the list (see video link in the show notes for how the symbolic tattoo for “protection” was later tested with a machete to my back).

This first-time international trip birthed a new obsession. Beyond just the world travel I had romanticised about for so many years, I was now completely infatuated with something I had loved my whole life without ever knowing how to define it – Making people feel special. Unreasonably generous, unique, undying hospitality for others.

And that’s why we’re here. It’s why we exist. It’s what we live for.

We’re excited to invite you to this podcast and share with you stories of past experiences, value-adds we believe make a difference, and hopefully help you grow stronger as an individual, as a business owner, and in life in general.

We welcome our listeners as our personal guests on this journey and encourage sharing to be a two-way street. We love hearing your stories and answering your questions. This platform is designed to do one thing: leave people better than you found them.

We’ll be discussing how to pierce through the white noise that exists in our modern day society, elaborating on what it means to live in a relationship economy, and sharing anything and everything we feel can provide value to you and those around you. From travel hacks through the streets of Portugal to being the couple known with the best wedding gifts, we’ve got you covered.

Our mission is to help elevate moments of excitement and boost up inevitable pitfalls. We’re here to enhance the scope of what it means to make someone feel special.

We’re here to redefine the philosophy of what it means to raise the bar.

It’s with great pleasure…we welcome you… 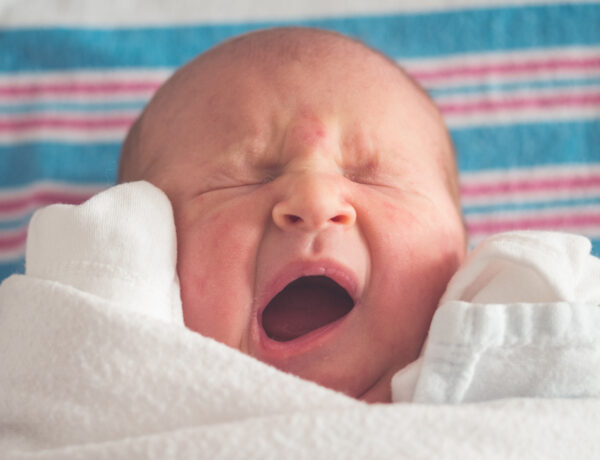 The Lift – Episode 9: Everyone Is Pregnant! 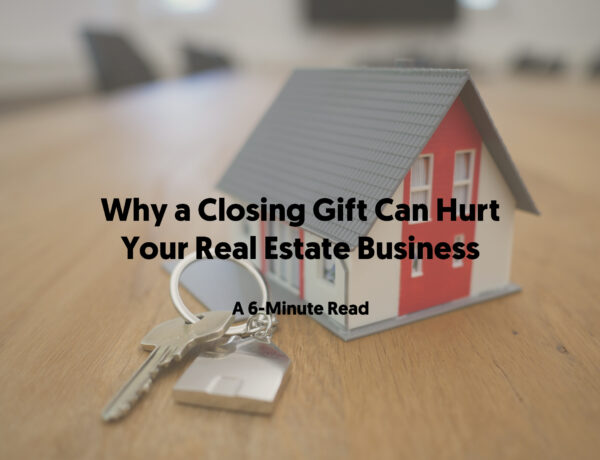 Why a Closing Gift Can Hurt Your Real Estate Business.

The Ultimate Negotiation Guide for Salespeople and Consumers alike 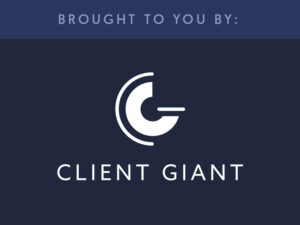